A subsidy-free renewable global industry is possible within 5 years 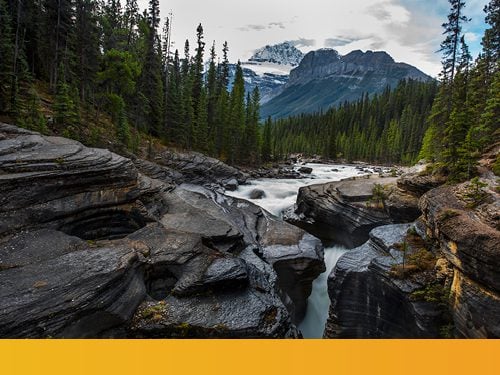 On the 23rd of July 2020, the Energy Council hosted hosted the second webinar in their webinar debate series which posed the question of whether “a subsidy-free renewable global industry is possible within 5 years”.

Our pre-debate poll saw the audience agree with the motion by 74% to those who disagreed at 24% – a stark difference – representing the belief in the need for a renewables boom that can lead the charge in combating the climate crisis.

Belén Gallego, Co-founder & CEO, ATA Insights, provided an insightful and lively presence as moderator of the debate declaring herself undecided from the outset, noting how the complexities of subsidies in the global renewable sector create a duality in which 5 years is both a short and long time frame.

Seeking to broaden the topic, Belén suggested that the panel and audience consider the definition of a ‘subsidy’ beyond direct government funding methods and take into consideration how the effects of alternate policies, mandates and regulations can all assist the renewable sector in lowering manufacturing costs and advancing the industry.

However, for the purposes of this specific debate Belén defined the motion in the terms that, “subsidy free as a project without government subsidy irrespective of movements in the market price.”

Adam Bruce, Global Head of Corporate Affairs at Mainstream Renewable Power, opened the debate in favour of the motion enthusing that, “achieving a subsidy-free industry within 5 years is not only possible, but absolutely vital. More importantly, in order to meet the Paris goals, we have to quadruple investment in renewables over the next decade.”

Looking to 2025, Mr. Bruce believes that the capacity exists for wind, solar PV and storage technology to provide bulk generation, peak power & ancillary services without the need for feeding tariffs, renewable obligations or green certificates. And, that in many markets it is already beating incumbent fossil fuels, and in most markets new coal & fossil fuel.

Adam rejects the notion that subsidies are restrictive to the growth of the energy sector. The real barrier to full decarbonisation is not the subsidies granted to renewables… but the subsidies still provided to coal or gas and the lack of a realistic carbon price. He set out his argument in three stages:

Firstly, by describing how the Covid pandemic had sent us a postcard from the future, Adam suggested that the crsis provided a glimpse of the electricity markets developing globally as countries handled large quantities of variable generation and increasing in variable amounts of demand. Yet the grids had not fallen to pieces.

Secondly, the renewables industry in 2020 is far different to that in 2008, where wind and solar were niche players requiring lucrative subsidies. The cost of developing wind assets has fallen by 45%, while solar by 80-85%. What we are witnessing is a, “a wall of very cheap money looking to invest in long-term renewable infrastructure. Only getting larger as stranded asset risks get driven to the safe harbour of wind & solar.” Proven by how renewables are now major players in the global power market.

Thirdly, that the necessary market reforms are being instituted to facilitate the transition.

“Solar and wind take over slowly, slowly and then all at once. We are in the middle of a global reform process driven by the trilemma of cheap energy, energy security & the consequences of climate change.”

Adam exhibited how the United Kingdom moved rapidly with offshore wind developments assisted by policy shifts. Where the lifetime of the North Sea wind farms will generate and pay back the consumer £2.5 billion. “These are not subsidies,” Adam says, “this is a market response to a changing landscape.”

Conclusively Adam stated that market reform underpinned by long-term instruments and a realistic price on carbon will enable us to accelerate the transition to renewables. In doing so, he is confident that in 5-years the global market will reflect the motion at hand.

Axel Thiemann, Chief Executive Officer at Sonnedix, took up the mantle by expressing his interest at the manner in which the question itself was posed. Axel contends that the possibility of a subsidy-free renewable industry need not look towards 5-years’ time nor even a year in the future – “it is here today! The question is how quickly can we scale?”

The primary issue is if renewables can compete at a market price. Today’s price is driven largely by technological innovation over the last decade – accepting the enormous strides made by wind and solar were facilitated by subsidies. Yet still the progress has been dramatic, whereby for two-thirds of the population it is cheaper to build a new renewable plant than a conventional plant.

Secondly, Axel questions if it is possible to have a level playing field. Will there be the regulatory environment to compete fairly against conventional fuels? He believes so, explaining how Chile has one of the oldest liberalised electricity markets.

“A system of truly technology agnostic auctions. Not solar bidding for sunshine, or wind bidding for when the wind blows – but rather all participants in the auction guarantee supply at certain times of day, without excuse.”

An example that emphasises the impact of renewables. Even if one were to exclude the societal cost of conventional generation, the market price cannot compete without a proper price for carbon. As has been seen in Chile within the last years, the auction has moved from nearly 100% conventional fuels to the last auction in which 100% of renewables.  In a time where prices have come down 75%.

Axel finished up with one concern – how does the sector deal with intermittency and certainty of offtake below the current market price, to be competitive.

Nicolas Piau, Co-founder & Managing Partner, TiLT Capital Partners SAS, furthered the arguments in favour by revealing the energy transition’s “elephant in the room” – what are the costs involved to make this work?

The example of companies, such as Mainstream and Sonnedix, highlighted that precisely by utilising subsidies effectively this has dramatically brought the costs of generation down to the level which soon need not require them; which Nicolas describes as an “absolutely critical role” in the global push to net-zero carbon.

The second point Nicolas believes requires consideration; if you want to keep the costs down and create a subsidy free renewable industry, we should consider the benefits to the wider ecosystem of driving costs down for private and corporate consumers. Investors are focusing on these broader solutions that help to integrate a greater share of renewables into the ecosystem. The issue being –that it requires the support of regulation and the problem of market design, “let’s talk of the need for a level playing field.”

Here we arrive at Nicolas’ primary point that,

This entails that the market designs should adapt so that we are not balancing the system on an hourly basis or a 15-minute basis, but on a real-time basis. Likewise, the need to develop regional grids or pockets of energy production to integrate renewables as part of the solution of grid congestion.

Nicolas concludes on the point of the ‘digitalisation’ of the industry, including storage, as a key component in developing a global renewable industry that will be subsidy free. This will in part drive the system costs down an in-turn, pushing the industry forward.

****
Charlotte Aubin, Founder at the Greenwish Group, began the defense against the motion with an acknowledgement that her position does not reflect her wishes – she is vehemently for climate action and a subsidy-free industry. Yet this does not quite reflect the level of pragmatism required when considering the 5-year time limit.

For Ms. Aubin her reservations can be split into three main points; firstly, that despite the advances in wind and solar technologies, which have decreased much faster than expected in terms of ‘levelised costs of industry’.

However, substantial challenges for the penetration of renewables with storage being a major hurdle, as the optimisation of these technologies simply will not be there in 5-years. While the necessity to successfully integrate renewable systems into the grid comes at a significant capital expenditure that is not easily attracted.

Secondly, Charlotte’s main point sought to embed her own experience, in that the financing of the renewable sector represented the greatest barrier to accomplishing subsidy-free within the time limit.

Her reason being that renewables are an exceptionally capital intensive asset that, even with a very low cost of operation, has a monetisation period of 20-30 years. Despite the advances and innovation in supplying offtake and the security of the offtake – the predictability of the cash flow is not there yet. To achieve a low cost of capital, Charlotte believes, it is paramount to secure lower risk profiles to attract the appropriate level of investment.

The main challenge in terms of the financial structuring of projects are unpredictable assets with liabilities that do not match, leading to a risk of re-financing during the project. “Lenders are still too conservative to accompany the financial needs of this market, and investors who are still expecting premium returns if they are accepting the volatility of the market.”

Charlotte’s final point was to speak to how different forms of subsidies which support the energy sector. From a political standpoint, she is reluctant to believe that the policy and market will respond in kind to produce a real, genuine comparison between renewables and conventional, as there is still a social benefit from what can be achieved with fossil fuels.

“It is why Germany still uses coal, why France uses nuclear. To truly make the transition we need to consider the wide scope of social support and adjustment required to transition away from fossil fuels. And as a result will still require the need for subsidies for many years.”

****
Nat Moser, Managing Director at Wind Solar Energy, began by enthusing his delight if the timeline were achievable but echoed Charlotte’s sentiments that view a subsidy-free sector in the given timeframe as simply too short.

Utilising the example of Wind Solar Energy’s 400MW of wind energy developments in Ukraine, Nat described the regulatory hurdles that restrict profitability. Specifically, feed-in tariffs provided to renewable developers were frozen during a renegotiation process – even prior to Covid-19 – resulting in increased uncertainty and an unattractive option for the debt and capital markets.

Nat believes this highlights the necessity for certainty in regards to feed-in tariffs – in his case, secured until 2030 in Ukraine. The balance struck allows investors to accept the substantial upfront capital expenditure demands of renewables, knowing that they can secure their returns in the relative near-future. With Nat’s Ukrainian example, those returns occur within 5-6 years, after which operational expenditure will have lowered the wholesale price sufficiently to be half the level of the feed-in tariff.

It is therefore essential for this project, and many like it, to benefit from these subsidies for the next 5 years or longer. Especially if considering the massive wind developments in the North Sea that generate GWs of energy, these projects are reliant on the feed-in tariffs and a guaranteed offtake for the energy produced. This removes the uncertainty of the market price traditionally found in the sector – another essential characteristic that encourages investors.

As time grew short, the moderator Belén Gallego was pleased to see how the exceptionally strong arguments in favour of the motion were untangled by these counterpoints that simply deferred to a pragmatic distrust that systemic change cannot occur in the timeframe presented. Moreover, that the benefits of the subsidies were exceptionally beneficial for the current position and growth of the global renewable industry.

Surprisingly, the debate saw the results of the poll shift from “in favour” of the motion to “against”. This was not a vote against the superb arguments of our panellists, but rather a vote against the haste in which our global governments, financial institutions and investors are willing to change their behaviours.