The Bitcoin Boom, What It Means For The Environment 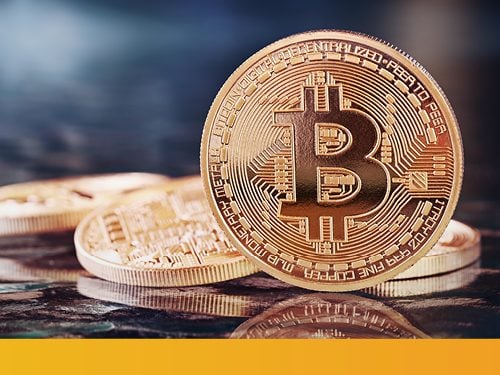 Twelve years after Bitcoin was launched, prices continue to peak and trough. At the beginning of 2020 bitcoins were selling for approximately $8,000, declining to $5,000 in March and exponentially rising to $20,632 at the end of the year and in January 2021 buying and selling of units for $41,000 was recorded. With this recent surge in the price of the well-known cryptocurrency, comes a surge in the amount of electricity it uses.

New bitcoins are created by mining coins, which is done by computers to carrying out complex calculations. This requires a huge amount of energy to operate the device computing the calculations and to thermally regulate the device for optimal operation – an energy usage that will increase as the amount of new coins are created and circulated. Additionally, the more bitcoins there are, the longer it takes to mine new coin, and the more electricity is used in the process.

The total supply of Bitcoin is limited and pre-defined in the Bitcoin protocol at 21 million and as of March 11th 2021, there was 18.65 million coins in circulation. Whilst on first glance it seems as though the end of this cryptocurrency is near, realistically the final coin will not be mined until around the year 2140. This is due to the reward size for miners who create the new coins being halved every four years, to control the circulation. However, it is possible that the Bitcoin network protocol will be changed between now and then and so its environmental impacts should not be overlooked.

Alex de Vries is a Dutch economist who created the Bitcoin Energy Consumption Index. This has received a lot of attention as one of the first systematic attempts to estimate the energy use of the network. De Vries has estimated that at the beginning of 2021, the Bitcoin network uses as much energy as the whole of Norway and has compared the network’s carbon footprint to that of New Zealand.

A report by the Congressional Research Service published in 2019 studied a sample of countries in which the aforementioned energy-intensive mining operations has increased energy demand and even exceeded the available local power capacity leading to increased electricity rates for customers (Iran, Canada, USA). The report made recommendations for policies that the US federal government could adopt in order to improve the energy efficiency of mining operations, including minimum energy conservation standards, voluntary energy efficiency standards, and data centre energy efficiency standards.

Whilst such policies could be useful and constructive, the very nature of the energy intensive mining process poses serious questions for governments and corporations looking to reduce their carbon footprints, and with a growing number of companies and institutional investors endorsing the currency, its environmental impact will only grow.

The 2020 Crypto Hedge Fund Report created by PwC and Elwood estimated that between 2019 and 2020, crypto-focused hedge funds (which invest foremostly in Bitcoin) doubled their assets under management from $1bn to $2bn. The trend continues as between November and December 2020 UK-based asset manager Ruffer accumulated some £550m of bitcoin and in early 2021, BlackRock opened two of its funds to the possibility of investing in bitcoin futures.

Given that crypto markets started 2021 with an all-time record $1t total value, it isn’t much of a surprise that institutional investors are exploring Bitcoin, the most popular cryptocurrency. Yet this increased interest and indeed active participation by institutional investors seems at odds with the growing ESG trend and ESG commitments.

Whilst Bitcoin now has asset class status (although this is still somewhat debatable) it is formally recognised by many regulators and its volatility is becoming increasingly recognised as a useful metric. However, if ESG is to be taken seriously by the investment community, it would appear as though Bitcoin should not be an option for institutional investors until the issues around energy consumption and its effect on the environment are overcome.