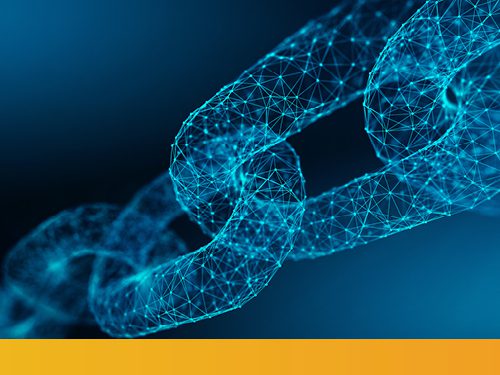 Blockchain is most commonly known as the technology that underpins crypto currencies, the most well-known of which is Bitcoin. But the capability of the technology goes further than just the banking industry as it can also be harnessed to transform the renewable energy industry.

In a 2018 article, Deloitte forecasted that blockchain will serve as the ‘underlying backbone’ of the energy sector’s transactional infrastructure. Indeed, blockchain is set to transform the renewable energy industry in many ways from certifying the source of green energy by allocating generation assets to a specific point of consumption to making energy grids more accessible through data-sharing in real time and through enabling a transaction between two parties; the latter of which will be the focus of this article.

Through enabling tracked, verifiable and secure transactions between two parties, essentially cutting out the middle man that has long been relied on to transfer information and goods between buyers and sellers, blockchain empowers individuals – traditional consumers of energy – to actually produce and sell power, leading to a decentralised and distributed energy sharing system.

Blockchain is, put very simply, a way of sharing a database securely across a network of computers. It’s often described as a digital ledger technology and can be thought of as a spreadsheet duplicated thousands of times stored in a distributed network across multiple locations.

This creates a database (shared by every participant in a network) that stores data which cannot be modified without the approval of all members and a network that regularly and instantly updates the spreadsheet wherever it is located. Since data is stored across a network of computers, without one central entity that runs the system, you are left with a list of records that securely stores information that cannot be changed or corrupted by anyone else.

A blockchain allows every participant in a network to transact directly with every other network participant securely and without a third-party intermediary, it enables peer-to-peer (P2P) transactions and this is what will facilitate the rise of the ‘prosumer’ as it will enable households with their own power generation installations to sell electricity directly to each other.

Blockchain: Facilitating the rise of the prosumer

The energy system in most countries is a centralised one but this is beginning to change as traditional consumers are evolving to simultaneously consume, produce and sell energy e.g. through installing solar panels and selling surplus electricity through a P2P transaction via blockchain.

Blockchain technology facilitates energy sales transactions directly, within seconds, which in other cases requires a central intermediary. This enables these so called ‘prosumers’ to carry out transactions with a high degree of autonomy – without any middlemen and regulators – and therefore creates a decentralized energy supply system.

Benefits of this P2P energy trading system can be felt by consumers, prosumers, grid operators and even utilities. In 2019, the International Renewable Energy Agency found that a distributed energy sharing system can result in cost savings for individual consumers and prosumers.

Besides this, by allowing consumers to make better use of their distributed energy resources, the model makes renewable energy more accessible. It also helps utilities and grid operators to become more efficient as they are able to balance supply and demand in real-time by engaging these prosumers directly; leading to a more stabilised grid.

In actuality, blockchain goes further than ensuring everyone is looking at the same validated dataset. It also makes it possible to jointly agree and execute on the transactions stakeholders want to do with that data, without having to worry whether the other party will keep its part of the deal. Essentially this helps to overcome the issue of transfer of ownership and created a system with enhanced security and traceability. It also reduces, even eliminates, the need for third parties to verify the exchange of goods and services.

In essence, blockchain technology makes it possible to establish a decentralised energy supply system that is cheaper and more efficient than the traditional one. Through directly connecting suppliers to energy consumers, the energy system as we know it today will be simplified.

The Technology in Reality – examples

Power Ledger is an Australian company that uses blockchain to facilitate electricity and environmental commodity trading including P2P energy trading. Their system uses blockchain technology to verify transactions without the need for an overseeing body. Further than this, the company have developed a platform for P2P trading. Through these efforts, Power Ledger see that P2P trading will transform the power sector though increased deployment of distributed renewable sources, increased flexibility (as consumers have control on their consumption and price) and better management of decentralised electricity generators.

In January 2021 Mitsubishi Electric Corporation and Tokyo Institute of Technology announced their joint development of an original blockchain technology that can optimise P2P energy trading. The aim is to facilitate a more effective use of surplus electricity and this will be achieved through the creation of trading environments that flexibly respond to shared trading needs, particularly to maximize the amount of surplus electricity available in the market at any given time.