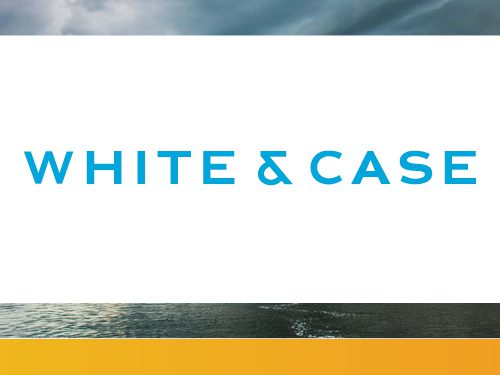 As the number and scope of climate change‑related cases intensifies, businesses, governments and industries must prepare for increasingly more complex and sophisticated legal challenges to the way they operate.  Global law firm White & Case highlights the steady expansion of climate change disputes, and contemplates what lies ahead.

Climate change‑related disputes are no longer a niche for academic arguments.  Companies, governments and industries are now facing unexpected judgments with serious implications on business operations as courts continue to expand their role in facilitating regulatory change.  Even as the global economy grapples with the effects of COVID‑19, the urgency of addressing climate change remains.

The increase in climate change‑related actions has amplified pressure on legislators, regulators and legal institutions alike to facilitate the prosecution of such actions, and many regulatory authorities have responded with procedural developments designed to foster the pragmatic use of legal remedies.  These legal and procedural developments have contributed to a new environment in which climate change‑related disputes are more prevalent than ever.

In February 2020, the International Bar Association also published a ‘Model Statute’ recommending changes to procedural and evidential rules for litigation against governments for failing to act on climate change.  This is designed to assist claimants bringing claims by waiving the need to provide security for costs, and the Model Statute even provides for unsuccessful claimants to be reimbursed for their costs in ‘upholding or advancing an important public interest issue or the law relating to climate change, the environment or human rights’.

Arbitration has been gaining recognition as a potential forum for the resolution of disputes related to climate change and, in January 2020, the ICC Task Force on the Arbitration of Climate Change Related Disputes noted the benefits of procedural features such as responsiveness of tribunals and the specific expertise of selected tribunal members as supporting the role of arbitration in this regard.

Alongside these developments, there are new voluntary rules and guidelines on how to manage the risk of climate change issues also being developed, highlighting the increasing attention that climate change is attracting in the context of corporate governance.  In June 2020, the Climate Financial Risk Forum published guidance for financial services firms on how to approach and address climate‑related financial risks, and highlighting how, if poorly managed, the physical risks of climate change and the transition risks of moving to a net‑zero carbon economy could lead to a financial crisis.

Additionally, in November 2020 the European Central Bank (ECB) published its guidance on climate‑related risks, noting that it will now ask banks to voluntarily conduct a self‑assessment and produce an action plan in line with the ECB’s guidance.  The ECB intends to benchmark and challenge these plans in an effort to stimulate further climate‑related risk analysis and disclosure in the financial sector.

As regards claims for damages, the law of causation remains a key hurdle for many climate change‑related claims: The complexity of the energy sector, supply chains and consumer choices all create numerous breaks in the chain of causation, making it difficult to attribute climate change to the actions of one or even multiple companies or governments.

However, developments in the law of causation regarding an issue of similar public importance indicates an increased willingness of the judiciary to develop the law to enable claimants to overcome this hurdle.  In Oklahoma v. Johnson & Johnson, concerning the cost burden on the state allegedly resulting from the use of opioids, the court rejected Johnson & Johnson’s arguments that the link between the behaviour of which it was accused (the manufacture, marketing and sale of opioids) and the strain on Oklahoma’s public health, was too remote to establish causation.

Instead, the court accepted an expansive definition of nuisance, holding that Johnson & Johnson created a public nuisance by engaging in a marketing campaign promoting opioid use.  Were this decision to be applied in a climate change‑related dispute, the effect would be that, rather than having to establish, for example, that marketing material which promotes the use of fossil fuels contributed to the ‘primary’ nuisance of climate change, claimants would only have to meet a lower threshold of establishing that the marketing itself is a public nuisance.  Such developments in the law of causation would help circumvent the significant challenge that claimants have previously faced in establishing causation in climate change disputes.