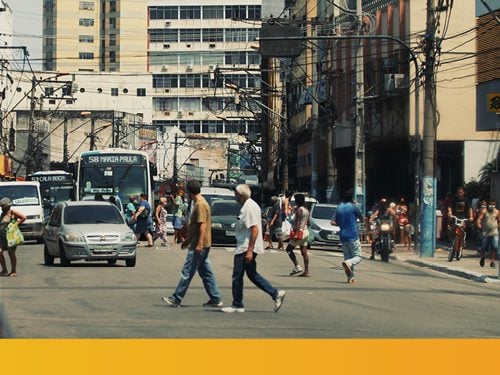 Emerging economy countries face the undeniably huge task to transition their economies to be cleaner and more sustainable. This transition however will impact jobs in fossil fuel-based energy production and could, if not considered from a social perspective, negatively impact millions of individuals in emerging economy nations. Many of these countries including India, Indonesia and China have high levels of poverty and growing unemployment, making it even more critical that the global transition to more sustainable energy sources is also a just transition, one that reduces inequality, boosts sustainable development, and creates new economic opportunities, leaving no one behind.

It will be vital that energy and climate policy aimed to drive transition is developed in such a way that it also contributes to a development pathway that addresses the socio-economic challenges these emerging economies are facing. The importance of tackling both climate change and socio-economic challenges has been exacerbated by the COVID-19 pandemic which intensified inequalities and created new economic risks linked to unsustainable practices for people, sectors and regions. In this way, the pandemic emphasised the critical need to address inequality by encouraging and supporting investments in both a green and inclusive recovery.

Yet those who were most affected by the pandemic are also those that could be left behind by a green recovery and economic transition. Whilst certain opportunities can indeed support a green transition and tackle pre-existing inequalities, these opportunities are not always available or possible for emerging economy countries.

Further, many of these countries’ economies are reliant on the export of fossil fuels and restricting them for a green recovery would not only effect the economy but also the workers in the oil and gas sector/businesses reliant on the use of fossil fuel for energy production and consumption, those in informal employment in connected industries, communities whose livelihoods are directly and indirectly linked to fossil fuels (those who depend on infrastructure constructed in areas to support industry e.g. schools roads, hospitals), and poorer consumers who could be adversely impacted if policies are designed without social considerations.

The global context in which we find ourselves today, with countries like India suffering in an extreme way from the pandemic, means the impetus on the effort to tackling change going forwards must be on achieving a just transition; one that understands the widespread effects of transitioning from fossil fuel to clean energy on those groups mentioned above, focusing on jobs, social welfare, individual wellbeing, and financial sustainability.

How these factors come into play will vary depending how developed a country and its economy is. In emerging economies labour is often a highly differentiated fractured class, jobs are often informal, job losses are often induced, the state has lower capacity and welfare is not widespread and easily available. Therefore, the populations of emerging economies are more at risk to the unintended and adverse effects of transitioning from a fossil fuel to clean energy based economy and thus must be given proper attention to ensure they are not left behind in the shift to a greener economy.

How to achieve a Just Transition in emerging economies?

In 2019 the Grantham institute stated that the next frontier of climate action is the imperative of a just transition and as with many things, collaboration will be key in achieving this.

The international finance community must be engaged on a large scale if a just transition is to have even a hope of being realised. In order to mobilise the large amount of capital needed to fund vital projects, the finance community across the world must be engaged alongside governments, policymakers, regulators, civil society and local communities. Public institutions must also lead and coalitions between state-owned companies, private industry will be critical. It’s imperative too that international and local non-profits come together to create networks that will lobby for change and push disengaged stakeholders to engage and transform.

In addition to this, governments need to incentivise the private sector to engage with and lead the just transition, and remove disincentives, such as fossil fuel subsidies which are bolstering that industry. To support this, those who are most engaged in key sectors need to be activated to implement measures and encourage diversification into low-carbon and clean energy.

Collaboration will also be vital between governments, who can share knowledge and ideas and communicate case studies in just transitions. Such collaboration and potential coalitions could also enable a much needed better understanding of how money will flow, internationally, to the next generation of industry and what cross-border investment and financing arrangements might look like.

Further, it is vital that disempowered groups become more represented in social dialogues on the just transition. All too often it is those who are most affected who have the least representation and don’t have a platform to make their voices heard when it comes to planning and policy making. This is essential.

Within the global finance community, the just transition is gaining some traction. In 2019, 150 institutional investors (with over US$10 trillion of assets) committed to supporting the just transition, through an initiative by the UNPRI. Additionally, in 2020 450 public development banks pledged to ‘take into account the imperative of a just, inclusive and rights-based transition’ as part of their recovery strategy following the pandemic.

In a similar vein, in January 2021, CDC (the UK's development finance institution) and some of their partners launched the Just Transition Finance Roadmaps (JTFR) in South Africa and India project. The goal of the project is to mobilise capital aligned to the just transition in South Africa and India by signalling where future investment and financing is needed (e.g. coal-dependent regions) and how these investments and financing should be undertaken to maximise social and economic benefits.

Clearly headway is being made but there is still much to do to put the just transition front and centre of the agenda and ensure it is achieved. Education will be critical moving forwards, as well as collaboration and engagement from governments, the finance and investment community, the private sector and indeed local communities, who need to be empowered to effect change. As the global energy mix changes, so will the geopolitical make up of countries that have abundant renewable energy sources have the opportunity to move from an extractive based economy to an economy that creates value – becoming the petro state of the low carbon generation, and it will be through a just transition that this shift happens in a positive and fair way for all.