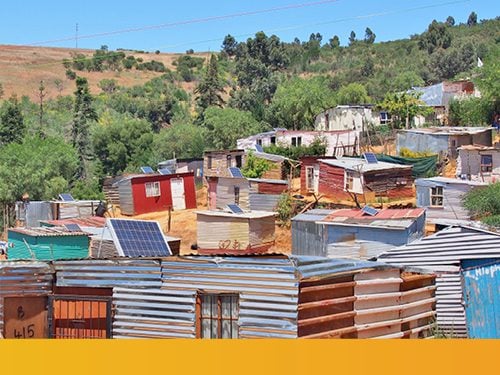 The International Energy Agency (IEA) notes that 860 million people currently live without access to electricity, of this, 600 million within Sub-Saharan Africa alone and the region will constitute 90% of people without electricity by 2030. Such startling figures seem insurmountable given the underdevelopment within Africa, especially in rural settings which often are secondary objectives to developing denser urban areas.

Access to electricity has a clear and direct correlation with economic development; the IEA found that “countries where access to electricity was greater than 80% – were either high- or upper-middle income countries. While nearly all countries with access ratios below 80 percent are low-income economies.” The challenge to electrify the lives of hundreds of millions of people will require extensive institutional investment, a continental vision to link rural communities, underdeveloped towns and the informal settlements that straddle every major city – but the results could be the catalyst for a regional reversal of fortunes.

If the required solar and wind installations are met in the ‘Africa case' framework; solar PV would create 18 million new jobs worldwide by 2050 (with 3.5 million in Sub-Saharan Africa), and globally both wind sectors could create over 3 million jobs by 2030 and 6 million by 2050.

Africa’s extensive poverty is a burden for society-at-large, the economic potential of hundreds of millions of people lies suppressed and underappreciated. Electricity does not solve all problems unilaterally, not does even solve most problems – however, power and electricity can ease the pressures of existence immediately and welcome in many economically disenfranchised persons.

The Macro-vision for micro-grids

Micro-grids may be a relatively new concept to many, but they are quite simply an electrical grid that is decentralized and can operate independently from the national grid. This results in the ability to manage and transfer power across rural or remote areas, without the necessary sunk-costs of transnational electricity infrastructure. All that is required is an independent source of energy (likely solar PV panels in the context of rural Africa), a battery of sufficient size and an inverter.

Despite Africa’s abundance of suitable natural environments for renewable energy production, unsurprisingly investment into the African renewable sector lags behind most other regions. There are some fair reasons; that the regulatory regimes and economic landscapes are often complex and under-rewarding. The perception of Africa and the atypical societal structures may deter the classical investor, for there are reasonable doubts that sufficient returns can there be found investing into economically detached regions.

While micro-grids are key to this conundrum, the micro-thinking must be contained in favour of a macro approach to power supply that can incorporate tens of millions into economically active persons within a bloc of economies. The infrastructure costs required to connect and distribute electricity to remote areas of Africa, where there are numerous unique challenges to overcome in the procurement and installation processes, are generally too cumbersome for most Sub-Saharan countries to consider. As such, many individuals must leave their villages in search of work in urban centers to support their families.

Micro-grids can bridge this gap by providing cheaper, easier to install networks that are low maintenance and require low inputs. While a traditional house requires between 30-40 KWh per day, or five solar PV panels. The average subsistence use within a rural African context falls to 50 KWh per month.Accroding to the Mini-grids Partnership Global Outlook report 2020, the levelised cost of electricity in this setting is between just $0.49 – 0.68c per KWh – the most cost effective option for deeply impoverished communities.

According to the African Finance Corporation, infrastructure investment in Africa sits between $130-170 billion each year, only a tenth of that was invested in renewables in 2019. The IEA believes that to incorporate those without reliable electricity via the use of renewables, it would cost up to $25 trillion in the ‘Africa Case' scenario projection for tackling the lack of access effectively.

However, just a fraction of this – around $15 billion a year – is currently earmarked for the development of solar PV to 2030 and while that is considerable, the discrepancy in funding ensures that there is no set date for tackling the problem concussively. That is not to suggest there are not supranational efforts working hard to electrify and power rural African communities, just that problem is so extensive and costly that internally they have taken a backseat to issues that are more visibly pressing; Covid protections, education, urban housing and infrastructure, and cheap coal or gas power.

The choice of coal or gas power stations has long been presented as a case of financial prudence, and until recently, that would be right yet the cost of solar PV per KWh is now within the same range as fossil fuels – and without the price volatility. Generation volatility of solar PV remains a concern in the context of urban requirements, but in the context of a rural setting, subsistence electricity demand is a fraction of urban demand – and the costs of expanding traditional infrastructure would be excessive.

Investment in Africa certainly comes with a range of risks; poor regulatory environments, low returns, mismanagement of resources and of course, a restrictive cost of access to developing rural Africa. These inhibitors serve to entrench and perpetuate the investment risk, creating a cycle of suppressed development and economic inclusion.

The return on investment (ROI) for solar PV and micro-grid installations is largely calculated on the cost of the infrastructure minus the savings for the consumer. When considered from the perspective of government and institutional investors, where the objective is not solely financial returns – the ROI should be more concerned with the value released from economic inclusion.

The African Renewable Energy Fund (AEF), a multinational institutional fund, has targeted a return on investment of 20% for their small-scale (5-50MW) RE projects. Such returns were unheard of even a decade ago, highlighting how the ROI can also be beneficial beyond the indirect benefits.

It is likely that the investors in rural Africa will largely be institutional, due to the necessity for national governments to be the guarantor and the long-term nature of the investment. Several of the world’s biggest economies have established investment and financing projects that allocate tens of billions to African renewable energy projects, and yet this will still fall short if we assume the IEA’s Africa Outlook to be correct.

Africa enjoys the greatest environments of anywhere on the planet for solar power, and yet has just 5% of the world’s generation capacity. If African states could utilise this resource more effectively, the opportunity to rapidly welcome hundreds of millions of previously economically disenfranchised persons via the introduction of independent, solar-powered micro-grids has arrived. The question remains whether this potential can rise to the opportunity and be matched with appropriate levels of investment.