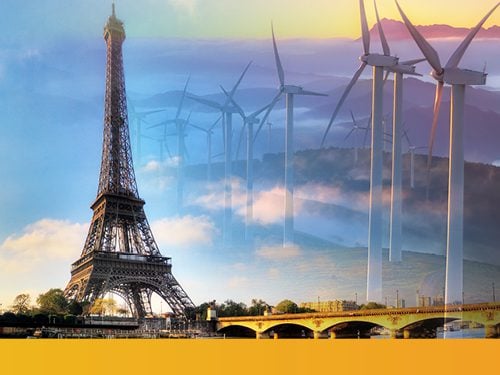 The Paris Climate Agreement has become one of the most defining pieces of legislation of the 21st century, a rare global cooperative measure that works as the framework to halt the global and interconnected damage caused by industrial-driven climate change.

The nobility of the cause, falls behind the practical need to take decisive action by nations. The result has largely been a concerted global effort to reduce carbon emissions and inhibit the atmospheric heating to below 2°C since pre-industrial levels, with a further objective of keeping it at 1.5°C. This loosely defined goal has been subject to concern that it fails to entrench active measures to force rapid change.

Like many international agreements, the rhetoric used encourages that nations ‘use their best efforts’ in order to achieve their internally defined ‘Nationally determined contributions’. The wording is careful to be overly prescriptive to the underdeveloped global south, and places the impetus on nations with established industrial capacity to lead the shift toward more sustainable practices.

Following the introduction of the PCA at COP21, the signatories agreed that these efforts and measures should be regularly reassessed every five years. With a global pandemic creating rapid shifts in how society operates, COP26 in Glasgow in November has an increased importance as the energy transition has accelerated.

In passing the agreement, the main objectives beyond the mitigation of global warming, were to develop the appropriate frameworks and resources to facilitate an industrial shift for all countries. Key to these shifts are developing the appropriate access to capital for underdeveloped nations, where reasonable expectations of GHG emissions reductions cannot come without accessible financial and policy pathways.

Mobilizing financial resources toward climate action has been an uphill battle for decades, constrained by two significant factors; firstly, the fossil fuel investment and financing needed to be restricted to force the hand of big emitters. Secondly, a major concern at COP21 was how to integrate the underdeveloped world as part of the global effort.

While few gains had been made until the past decade, the objectives set out have swiftly taken hold. Financial activism began to attract serious attention in light of undeniable climate change causing global warming, and has resulted in a watershed shift since the Covid-19 pandemic knocked the oil industry to its knees (albeit briefly). As such, corporates must align ones their objectives with the necessary Environmental Social Governance (ESG) policy  demands of financial and investment institutions.

By forcing a change on the bottom-line of big corporates, emissions reductions have become a central objective to many major industrial and manufacturing outfits. Even in regions where ESG compliance is not as progressive as Europe, there has nonetheless been a push to build protocols that consider the ESG principles.

Capacity-building among underdeveloped states and to align their national objectives within an international framework for decarbonisation is significant due to the holistic, global problem we face. It must not however be used as the scapegoat for action, countries in the global South produce far fewer emissions than their global north counterparts (with exceptions, of course). The onus remains on advanced and developed countries to take a leading role in furthering their own decarbonisation efforts, but also in providing knowledge, guidance and assistance to states without the same capacity to do so.

Despite the best efforts by many private and public organisations to reduce GHG emissions, the capacity to effectively remove carbon and methane from the atmosphere is still lacking. It highlights the need for technological advances to compliment ambition. In the past five years the questions surrounding the feasibility of CCUS and of green hydrogen, have enjoyed a surge of belief in their ability to aid the transition. While both technologies require significant investment to practically become useful and widespread, the underlying technologies in electrolysers and of carbon capture have become feasibile within reduced timelines.

The Covid-19 pandemic caused the greatest immediate reduction in emissions in decades, with a 7% drop in GHG emissions globally. While some consider this an artificial or atypical economic depression that spurned the drop in oil and gas demand, others see it as a consequence of the supply-driven production that failed to anticipate large market shocks. Either way the pandemic has assisted the global mindset toward how energy should or should not be produced.

In November, Glasgow will be the stage for the biggest climate discussion in history at COP26. While the Paris Climate Agreement was a landmark event, the loose objectives failed to ignite immediate action. In the past year, China has unveiled their net-zero by 2060 roadmap and the US rejoined the agreement following several years in climate change denial. The onus this year will now be on how to develop a pragmatic vision with actionable targets, that can be accessible to both the rich and poor. The world's governments, corporations and organisations must approach the opportunity with an open-mind, prepared to ambitiously engage with their friends and foes alike.