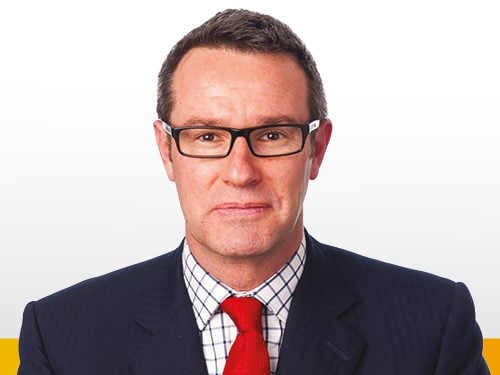 In addition to being Head of Investment and a member of the Executive Committee,  Eoin also leads the Investment Office, which is responsible to clients for the investment teams’ consistent delivery of responsible, risk-adjusted performance and adherence to the processes which earned them their ‘kitemarks’.

Q. What are your main focuses at the moment?

We have a number of items that are keeping us busy at the moment, including regulatory developments (SFDR and the EU Taxonomy, moves in the US with the SEC and the DoL, etc), natural capital initiatives, and net zero/Paris-alignment commitments, not to mention our ongoing interest in being part of delivering a just transition.  Last, but by no means least, my own pet interest is the role that the ocean can play in climate change, and to that end, I’m delighted personally to have been accepted on to the University of St Andrew’s Sustainable Aquaculture postgrad programme.

Q. What are you most excited about in relation to COP-26? What are you hoping will be at the top of the agenda?

The 2020s has been billed as the decade of action, and it has been great to see an apparent fundamental shift in thinking ahead of COP 26 at both a state and corporate level.  The notions of a net-zero and Paris-aligned global economy have gained powerful traction across both governments and the financial system, although there is clearly a long way to go in terms of delivery and time is running out: 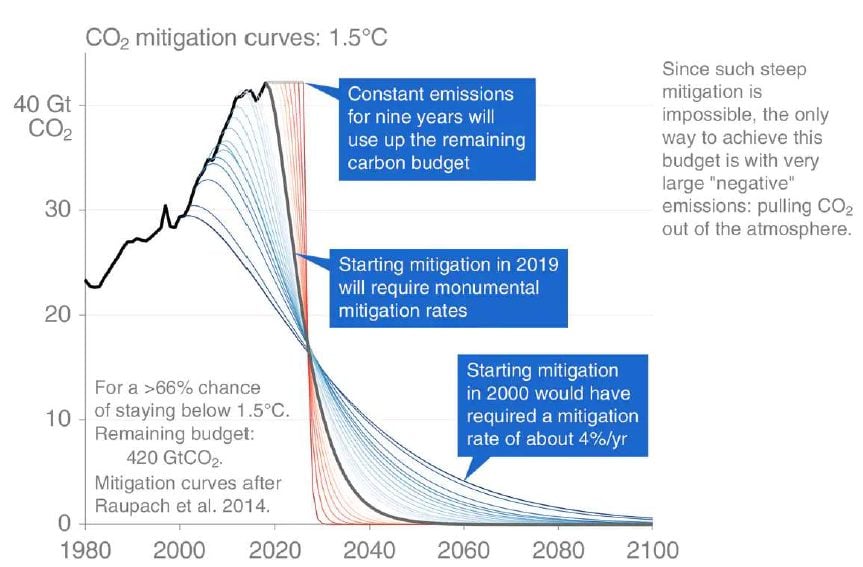 The Potsdam Institute published a paper in May noting that of the 400+ climate scenarios assessed in the 1.5oC IPCC report, only 50 avoid significantly overshooting temperature targets, and of those, only 20 make realistic assumptions on mitigation options.  As much as recent updates to NDCs ahead of the Glasgow meeting are good news, I fear that countries will need to go even further with their NDCs in November for COP26 to be pronounced a success.

Q. There have been lots of net zero pledges announced in the last year, whilst this is great, many are shy of detail. How do you think these can be called out in a constructive way?

I’m not sure that net zero pledges need to be called out as much as supported with additional requests for details to fill in any gaps.  My biggest fear with NZ pledges is their dependence on and belief in technological salvation – I suspect that for many making such pledges, this diminishes the sense of urgency that is required around the need to curb emissions now.  Where NZ commitments are being used to disguise ‘burn now, pay later’ approaches to transition, there is a growing risk that associated goals will not be achieved within a reasonable time frame.  We need to rapidly reduce all sources of greenhouse gases, and at the same time protect and maintain nature’s massive ‘sinks’ of GHGs.  Around 41% of our emissions are naturally absorbed today by forests and the oceans – thereafter we must add new sinks by working with nature or using new technologies.

Q. The ‘Hydrogen Hype’ is well and truly underway, with many hailing hydrogen as the silver bullet of the energy transition. What is your take on this and how is Federated Hermes approaching investment into hydrogen?

Hydrogen’s potential to play a key roles in the global recovery and economy-wide decarbonisation efforts has gathered momentum over the last 18 months of the pandemic.  Policy-makers in Europe and Asia have aligned supportive policies with climate ambitions, and under new guidance the United States is now following suit.  As efforts to cut carbon emissions to counter climate change become more urgent, the part played by hydrogen in the transition to a low carbon economy looks set to grow significantly. Hydrogen is abundant as an element, is highly versatile and has great potential as a zero-emission fuel.

However, we must caveat that production of hydrogen today is far from green because it largely relies on natural gas and coal. Furthermore, a lack of infrastructure has restricted hydrogen’s use beyond the oil & gas and chemical industries to niche applications in vehicles and small power plants, but we are seeing renewed interest in carbon-free ‘green’ hydrogen produced using electricity from renewables, with the industry on the cusp of mass manufacturing electrolysers, the enabling production route for green hydrogen.  Practically, it remains a tricky area for investment in terms of accessibility, but we expect that to shift significantly.

Q. What do you think is the role of natural gas in the energy transition and how are you approaching investments into it?

Natural gas is likely the most difficult of fossil fuels to digest from an investment perspective as it may well play some role in the transition to a clean economy.  It likely makes sense to distinguish between different types, notably conventional versus shale versus coalbed methane, and there are even substantial differences between producers in each of those areas.  Under the Sustainable Development Scenario (SDS), which achieves Paris objectives, natural gas production is expected to grow until late 2020s and then gradually falls back to current levels by 2040.  Natural gas will almost certainly gain market share at the expense of coal and oil in sectors that are difficult to decarbonize, such as heavy-duty transport and the use of heat in industry.  Natural gas-fired power capacity may well grow compared with today as a consequence of the role of gas in providing power system flexibility, even as generation declines.

However, we are watching carefully for obvious reasons – for example, the process of extracting oil and gas from tar sands clearly creates great scars on the landscape akin to open cast coal mining  and as a result has caused millions of hectares of deforestation and biodiversity loss in previously wild places.  If we start from the premise that we already have more than enough oil and gas reserves globally, then I think there is strong argument to make that extraction of these fuels, especially using such a damaging extraction process (fracking), should be avoided as it is so damaging to natural capital.  There is no way to really reduce or eliminate these impacts through engagement, once these wild places are destroyed it will take decades after activity has ceased for them to be remediated. We don’t have time. We need to reforest not deforest; rewild not scar.  Loss of trees and habitats also, of course, also exacerbates climate change as carbon sinks are destroyed. And of course fracking itself is highly invasive as a process and also risks ground water contamination – an irreversible process and a great concern as freshwater supplies are under stress in many parts of the globe.

Q. How are Federated Hermes International ensuring that the Just Transition is an important and relevant part of the transition going forwards?

There are a number of important elements to the just transition, among which we have been looking at how stranded assets may lead to stranded jobs (possibly even stranded countries), and our need for answers to the related social impacts and reskilling opportunities as part of any new green efforts.  A just transition to a low-carbon economy envisages making this fundamental change fairer and more acceptable to those whose livelihoods will be affected. Our stewardship business, EOS, works on behalf of long-term investors who can help to play a role in such a transition. Federated Hermes is also a signatory to the investor statement on the just transition project, which aims to link investors to the policy, community, labour and business efforts to deliver a just transition.

We have also been heartened by discussions around the possibility of debt relief to encourage sustainable economic activity.  With more than 70 low-income countries either in debt distress or at high risk of debt distress, boosting international public finance through grants and concessional mechanisms is almost certainly going to be a necessary feature going forwards.  However, it is worth noting that current integrated assessment models (IAMs) do not usually incorporate predictions of how society and political systems might actually respond to significant global warming – we look forward to these being upgraded to improve our understanding.

Q. Can you tell us a bit more about impact investing at Federated Hermes?  Do you think it’s possible for investors to balance profit and purpose? What are some of the ways in which investors can become more comfortable in the impact investing space?

All of our investing at Federated Hermes is at the very least ESG-integrated and engaged.  Impact investing to us goes a little further, identifying opportunities which can generate positive social or environmental outcomes in addition to financial gains.  We use the UN Sustainable Development Goals (SDGs) as the framework that we use to target our investments, and don’t subscribe in any way to the notion that investors must somehow sacrifice returns in order to be impactful.

In particular, we believe that there are three key concepts which distinguish impact investing from conventional investing, namely:

With respect to the latter, we invested considerable time and resource in the second half of 2020 to create our proprietary Impact Database, which enables is to quantify the impact of companies held within our portfolio.  After looking at the tools available in the marketplace to analyse impact data, we did not believe that any one provider had the depth of understanding and granularity we required at a company level.

Q. Increasingly financial institutions are looking for ways to quantify the impact of their finance and investment activities on biodiversity. What are some of the ways in which you think  biodiversity measurements can be approached?

Our belief is that biodiversity impact measurement approaches should meet certain hurdles:

Based on these, we assess that the following measurement approaches meet these criteria: 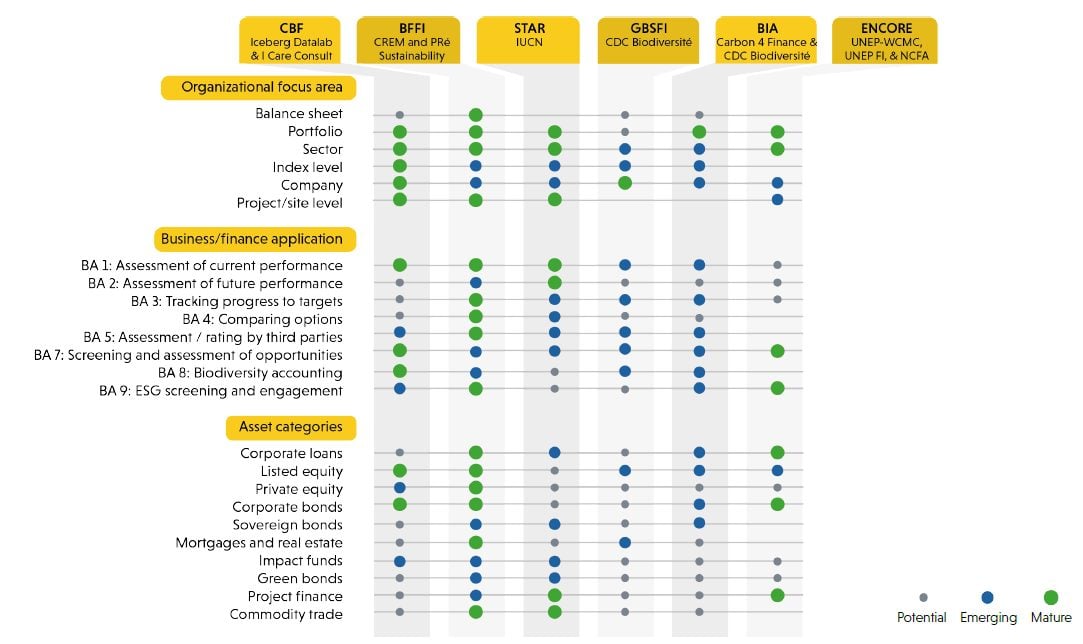 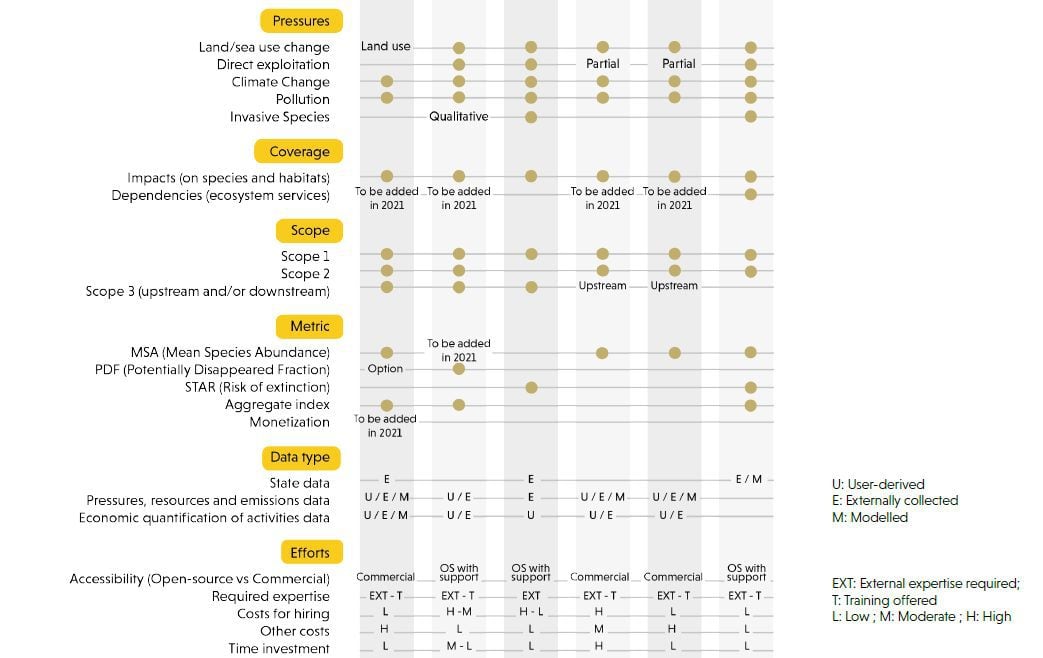 The Finance for Biodiversity organisation has done a fantastic job in collating this information, and providing assessments of the different methodologies against various criteria: organisation behind the methodology, current state of development, what purpose can each be used for, what does each measure, etc.  I would encourage your readers to visit this link for further information.  Our own current preference is to adopt a corporate biodiversity footprint metric.