Smart Cities, Adapting to the Future 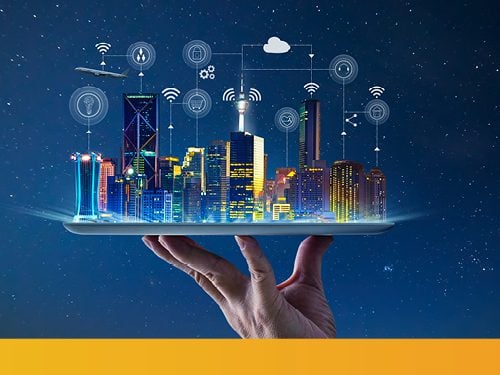 It is the classical question of nature versus nurture, and what elements are dominant in constructing our behaviours in life. The intention to nurture our existence can lead us down imaginative paths, it is this human ingenuity which allows us to mould the future we would like to see.

Smart cities are the solution being touted to change our perceptions of how we live and operate and how we can improve our communities. With a little ingenuity, it may be possible to reinvent the spatial planning that has constricted cities to ageing frameworks and inefficient models. And in the process, the solutions will see the all too common human experience of densified living improve immeasurably.

While the term may illicit mental images of expansive urban sprawl, the concept of a smart city is often much more localized and exists currently as testing grounds for scaling into the future. The manner and approach in how countries will implement these projects will rely heavily on the situational challenges faced by the affected or target communities.

Countries around the world are now looking toward more ambitious ideas of how to develop and build their current and future towns, and smart cities need to adapt to their environment like any other.

The global north can begin to implement advanced technologies and digitalise the city to maximize efficiencies. The global south on the other hand will have to look toward innovative measures to reduce poverty and endemic issues that debilitate society over time. In each case, there is the opportunity to reimagine and reinvent our communities to better suit each society’s needs and wants.

Toyota’s Woven City is Japan’s submission to the future. Under the iconic Mount Fuji, the symbol of Japanese strength for centuries, the global car giant has begun groundbreaking work on their most ambitious development yet.

Being developed by a subsidiary, Woven Planet (formerly Toyota Research Institute – Advanced Development, TRIAD) is a holding company that oversees Woven Aplha and Woven Core – the innovative projects division creating Woven City and the automated car division, respectively. Together Woven Planet will look to integrate the each arm to construct a framework that will inform Japan's approach to new housing projects long into the future.

Woven City intends to develop creative housing solutions connected by multi-purpose streets for self-driving cars, bikes and people; there will be green, communal social spaces; homes will be built with sustainable materials; energy will be monitored and distributed efficiently in real time, powered by renewables or low-carbon energy sources; all connected through the Internet of Things (IoT) monitoring, balancing and maximizing resources.

Although the smart city will only house a few thousand residents, the plan is to utilize this model to scale across Japan, the wider region and even around the world – a capability that Toyota believes they have the capacity to successfully accomplish. By combining these advanced technologies into a networked ecosystem will permit Toyota to monitor the inhabitants in order to create even greater efficiencies.

South Africa has to engage with a whole range of alternate concerns when developing their cities of the future. Urban densification is a major concern for the country, where many townships are deeply impoverished and are often crime ridden – resulting in extremely poor social mobility and long-term health implications. In a country where the housing and suburban structures are still largely defined by the race-based spatial planning from the Apartheid regime, the South African government has come up with several ambitious new communities.

Mooikloof Mega-city, east of the capital Pretoria, is one solution that seeks to address the ‘missing middle’ in the housing market – those who are rising into the middle-class but not quite there, earning between $240-$1200 per month (R3,400 – R18,000).

Touted to be one of the world’s largest sectional title developments, with over 50,000 units expected to be built. The $6 billion (R84 billion) mega-city will alleviate the growing housing crisis and inject much needed capital into the city, including creating up to 41,000 new jobs.

Utilising ‘green’ building principles, Mooikloof will be built with sustainable materials, making use of parks and green belts to ensure a balance between recreational and living spaces. The area will include new schools, business parks and shopping areas – all intended to embed a more comfortable model of densified housing to the market.

While the South African model will not be particularly technologically advanced, it will succeed in creating a more inclusive, enjoyable space for those inhabiting the new ‘city’. It intends to bridge the housing and land ownership conundrum that constrains many to generational poverty, and if successful, could reimagine how the country approaches it’s housing crisis going forward.

Tengah ‘The Forest Town' is Singapore is re-imagining how the city-state can mitigate their impact onto the environment as the energy transition picks up pace. A central concern for the country is how to reduce the impact of cooling technology in the consistently warm and humid climate, where air conditioning is used by almost every one of the city’s 6 million inhabitants.

Focusing its design on energy saving techniques, the eco-village is a test platform whose main focus is to mitigate emissions from air conditioning units and simultaneously develop a ‘green’ hub free from cars and where wildlife can exist in cohabitation with the dense urban environment. The impact of intensified cooling has resulted in one of the world’s highest CO2 emissions per capita and accounts for one-third of each household’s energy consumption.

While this may seem exceptionally high, it provides a somewhat unique opportunity to tackle a problem at the macro-level and embed far more eco-friendly processes into modern developments. The core idea is to implement ‘centralised cooling systems’ that cool entire buildings or apartment blocks, with the capability of regulating energy consumption in real-time and to be powered by solar PV panels.

The project is being run by the Singapore Housing and Development Board who believes these centralized cooling systems can save the city up to 30GWh per year, a saving sufficient to power 7,000 homes. Equivalent to removing 12.6 million kg of CO2 from the atmosphere each year, essentially taking 4,500 cars off the road.

Tengah ‘The Forest Town' will enjoy all the modern conveniences such as EV charging parks, solar powered homes and real-time energy monitoring. But in-line with the city’s cleanliness obsession, Tengah is developing the ‘Pneumatic Waste Conveyance System (PWCS)’ – AI-technology that will suck up and dispose of the waste via an underfloor vacuum-type pipe network. Removing waste via a centralized system has the added benefit of also lowering home cleaning costs, and once more reducing individual energy consumption in their household.