The absence of a clear benchmark for measuring ESG is the main barrier to investment into low-carbon infrastructure. 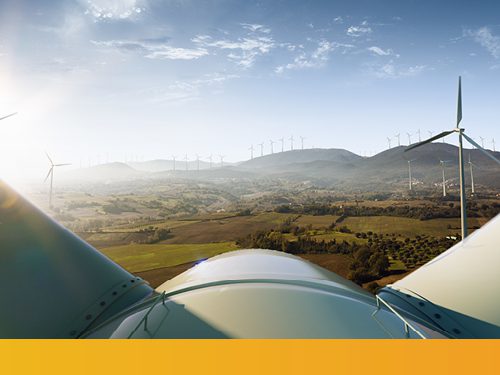 On the 10 September 2020, the Energy Council hosted hosted the fourth webinar in the webinar debate series. Four industry-leading speakers provided learned arguments, supporting and opposing the motion that the absence of a clear benchmark for measuring ESG is the main barrier to investment into low-carbon infrastructure.

As support grows for mindful investment, ESG scoring provides an additional layer of risk-analysis in the investment process, identifying those environmental, social and governance-related factors that may influence the sustainability of an investment. In a digital age where data is both abundant and accessible, such scoring has abounded with many entities constructing their own ESG indices using different methodologies. While this encourages investors to focus on ESG-related issues and helps to define market structures, a plethora of indices without a clear industry-wide benchmark can result in information-overload and inconsistent metrics through which investors must wade to compare potential investments.

This debate provided interesting insight into the challenges and opportunities investors experience as a result of ESG indexing, and proved to influence the minds of the audience who were largely Undecided on the issue in a pre-debate poll.

As moderator of the debate, Martina Macpherson, SVP of ESG and Engagement Strategy at Moody’s Corporation began the conversation, introducing the group of experts and encouraging the audience to make use of the discussion and Q&A functions to contribute to an interactive debate. As an industry-insider with experience in ESG-integrated credit solutions, Martina acknowledged the conundrums related to data, benchmarks, policies and market-definition, and handed the baton for discussion over to the speakers.

As a Responsible Investment Manager of NEST pension trust, the first speaker Katharina Lindmeier has first-hand experience of the impact benchmarks may have on investors’ sustainable choices.

Katharina began by taking a step back to discuss why investors use benchmarks, and the role they play in the investment process. This role, she explained, is to define the investable universe and to provide a measurement tool for overall portfolio performance. Further, she explained that benchmarks allow groups like NEST to integrate ESG values in a far more fundamental way into their passive portfolios. By constructing clear benchmarks groups such as pension schemes with limited resources could offer their members investment options that align closely with their values, in a way that simply is not possible without such guidelines.

Katharina acknowledged that there is some debate over the specific standardisation that has been suggested for example by the European Union, however she reasserted her view that regardless of these specific standards, a benchmark would allow for a wider range of investors to invest in low carbon infrastructure.

Following on in the ‘For’ camp was Olga Vovk of Export Development Canada. Using the examples of smart infrastructure, consequent data collection and issues of Privacy Rights, Olga asserted the importance of the ‘S’ & ‘G’ elements in addition to discussions of environmental factors. While green bonds have seen enormous progress in recent years, Olga argued that the lack of a clear benchmark can lead to pseudo-sustainable assets, as climate-conscious goals and metrics can be manipulated to present a sustainable picture while underlying supply chain issues such as child labour are glazed over.

Furthermore, Olga highlighted the time and resource constraints these varying metrics place on investors’ decision-making processes. Different issuers measure different things, so while one may focus on processes and reporting, another may measure performance, making capital allocation difficult. When deciding on investment eligibility, investors must delve into the methodology of each ESG index in order to compare potential investments, uncover any instances of ‘greenwashing’ and decrease potential reputational risk.

On the side of the companies seeking investment, time and resources are also constrained according to Olga, inadvertently giving preference to large corporates with the capacity to provide extensive data and thereby achieving better scores than smaller SMEs. Finally, Olga brought attention to the impact benchmarks can have on the secondary market as well as the primary market. Without the benchmark, it would be difficult to assess how ESG contributes at both the asset and portfolio level, thereby providing an incomplete view of the overall financing ecosystem.

Mark qualified his argument by making what he deems a very obvious distinction between low carbon infrastructure investment done by financial versus industrial investors. According to Mark, without concerted buy-in from industrial investors in the form of at least a trillion dollars a year in low-carbon investment, the goal of net-zero emissions by 2050 will be impossible to meet.

The question then posed is how to divert investment of this scale away from fossil fuels and towards low-carbon assets. The answer Mark provided is that of carbon pricing. He went on to argue that carbon pricing is, in his opinion, the single most important barrier to investment in low-carbon infrastructure. The United Kingdom is used as an example in support of this statement, as a carbon price consistently higher than the EU standard over the last 10 years has essentially eliminated coal from the energy mix in the country.

It is acknowledged that issues of competitiveness arise for regions such as the EU which may have to compete with other less-regulated parts of the world. It is for this reason that Mark suggested a global carbon pricing initiative is needed for all carbon-intensive sectors, in order to drive worldwide movement of capital towards low-carbon investments.

Contributing to this argument of ESG benchmarks as important but not integral to low-carbon investment was the final speaker, Eric Usher, of the UNEP Finance Initiative. Eric began in agreement with Mark that data is important but is not a “deal-breaker” for movements in the current financial system. Elaborating on the issue of pricing, Eric focused on externalities, and the need for them to be adequately priced in to producers’ costs.

Drawing on the encompassing view of ESG as espoused by Olga, Eric argued that data and effective measurement are important but difficult to standardise when the precise value of social externalities such as modern slavery are so difficult to quantify. He went on to state that in most jurisdictions today ESG considerations are already expected of investors regardless of benchmarks, and that companies with stronger measures of ESG have proven more resilient without specific regulation.

This lead on to Eric’s next point that perhaps encouraging voluntary action will be more impactful than regulated action. By using lack of data or lack of comparable benchmarks as a reason not to move forward in ESG-conscious investment, Eric suggested that investors are essentially asking to be regulated before making these efforts. He expects that if they are implemented, regulations will function more effectively in places where investors have voluntarily begun their own investigations as to the best methods for climate-change risk integration into their investment process.

Thus the speakers’ initial statements were concluded, and Martina returned to the supporting side to invite rebuttals against the arguments made by Mark and Eric. Katharina began by agreeing with the distinction made by Mark between industrial and institutional investors, but argued that benchmarks could in fact be a catalyst for industrial investors to transition their capex spending. There are limits to the impact that institutional investors may have on industry-wide diversion of capital, so according to Katharina it would be useful to create indices from which major oil companies could be excluded if they do not keep up with established standards of low-carbon investment.

Furthermore, Katharina asserted that as an employee of an asset manager, carbon pricing is important but will be less impactful than lobbying for government to set out an industry standard for measuring the transition. Olga then added to this rebuttal, reinforcing her previous statement that differences in index metrics make decision-making a cumbersome and time-consuming process. She went on to assert that the benchmarks are more than just a number used to evaluate borrowers, but are important for investors to guide companies across the supply chain towards a sustainable, holistic transition. Consistent data collection practices could help investors understand how ESG drives risks and returns and therefore help them to develop better KPIs with which to guide resource allocation.

Following these rebuttals Martina then directed the stand back over to the Against cohort. Mark began by responding to Katharina and asserting that there are of course limitations to the influence investors may have, but at the very least they have the power to encourage lobbying for carbon pricing instead of against it. Companies who in the past may have lobbied against the Paris Agreement are now turning on their heels due to the recognition that higher carbon pricing will move market and capital flows more quickly towards transitional investment.

Eric then went on to add that without carbon pricing, even if major industrial investors move out of the industry, laggards with less public attention are sure to follow behind and pick up any unwanted assets. There may be a decline in new investment into carbon-intensive projects, however those assets that already exist are sure to continue operating without a high carbon price acting as a deterrent. This again highlights the necessity for pricing of externalities over a clear ESG benchmark.

Having considered all of the above arguments, Martina sums the debate up well by saying

“One size does not fit all and one side does not fit all either.” For the purposes of a debate, these arguments are polarised as for and against, but will likely have to work in addition to one another in order to achieve a net-zero future.

The argument stands that a clear standardised framework will certainly allow for clarity, consistency and comparability of information available to investors when making decisions regarding low-carbon infrastructure investment. However, as discussed extensively by the team against this motion, issues such as higher carbon pricing and valuation of externalities are arguably as important if not more important to the diversion of capital flows, particularly for industrial investors.

In the post-debate poll it was clear that the ‘Against’ side made a strong case, as the audience shifted to a majority Disagree view, increasing from 39% to 70% of the audience. The debate certainly provided a clear message that low carbon infrastructure investment continues to encounter many barriers, and will require concerted efforts from both the public and private sectors to reach the current necessary carbon-reduction targets.