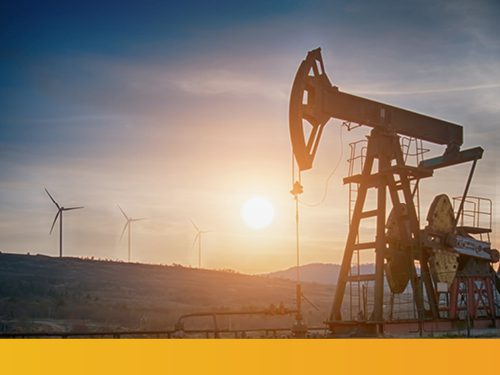 It is increasingly important to see what lies behind oil companies’ stated transition strategies, which have seen a step change in investment allocations since 2018.  Despite COVID-19, the trend of investment shows no real sign of slowing, despite company-wide spending remaining constrained.  Driven by a widening gap in the cost of RE capital vs traditional O&G, the world’s top oil and gas companies have slashed capex, but continued investments in low carbon areas remain robust throughout 2020.  In particular, investments in power generation and electrification remain sustained, with around $10 billion committed this year to boost their low carbon portfolios.  This follows similar spending-levels to those that we have been seeing since 2018.  It is apparent from this that many companies have factored in servicing the balance sheet with their transformational approaches.

The European IOCs account for the majority of total investments into low carbon investments, alongside Norway’s Equinor which has allocated more capital by value than any other company.  European M&A activity is characterised by a trend towards highly transformative bets on renewables, in order to make their portfolios compatible with the Paris Agreement.  The push into power generation has accelerated the role of the super-majors as major wind developers, and that is likely to continue.   It is, however, noteworthy that Shell and Total in particular continue to pursue utility-scale solar assets.

There continues to be a growing transatlantic divide between the approach taken by European IOCs, and that of Exxon and Chevron in the United States.  As opposed to major investments in electrification, the US majors’ approach until now has been to focus their investments into technologies that support their existing business.  Operational efficiency, CCUS, hydrogen, bio-fuels and e-mobility are such examples where their focus has been directed.  Global Thermostat’s JV with Exxon was announced in September, and is one of many examples of investments into direct air capture technology at scale.  It is part of a broader trend by US super majors to focus their efforts towards offset mechanisms.  These allocations tend to be smaller in nature, and are often in partnership with academic institutions.  It is also noticeable that both ExxonMobil and Chevron are trying to exit key parts of their international exploration portfolio, and this can be broadly summarised as being a first step in reimagining their portfolios in light of the transition.

Large scale offshore wind technology is particularly attractive for the IOCs transformational strategies, with their extensive global experience in the offshore environment.  The difference in approaches is markedly stark as witnessed over the summer.  Chevron made a $6.5 million Series A investment in Zap Energy, whereas, by contrast, BP spent $1.1 billion to develop four wind generation assets off the coast of New York and Massachusetts.  The European IOC assault on the RE market is set to continue, and the Energy Council expects to see further consolidation in the highly fragmented PV market in particular over the course of the next 12 months. Qatar Petroleum, Ecopetrol, BHP, Repsol and Oxy have all made considerable moves towards low carbon.  Like the majors, their approaches are not uniform but do share some characteristics.  Unlike Total, BP, Shell and Equinor they tend to focus currently on R&D over huge capex commitments. These five remain committed to hydrocarbon investments, and quite strikingly surpass the US super-majors by value of their commitments to low-carbon technology.  Ecopetrol stands out, investing in wind and five solar projects enabling it to supply 20% of its own power generation by 2022 from renewable sources. Looking at their low carbon M&A activity, it also highlights a more diverse set of priorities for these companies.  Negative emission solutions such as CCS are attracting more focus, and has seen interest from the likes of Petronas. Back in Europe someone like Repsol has described over 30% of its investment base as pursuing ESG strategies, which comes with its own set of demands moving forwards.  We also expect that with the Chinese commitment to net zero by 2060, that we will see their national champions start to pursue emission goals as soon as 2021.

The first-half of 2020 has shown no signs that the super-majors will not add to the more than $40 billion allocated to low-carbon solutions since 2015.  According to Council partner Rystad Energy, IOCs are expected to divest as much as 68 billion barrels of oil equivalent with an estimated value of $111 billion.  BP in particular will need to dramatically increase spending to fill a 47.5GW gap between their current capacity and stated capacity goals. In context, the 50GW RE target will give them more renewable generation than any renewable player in the world today.  This will involve sizeable near-term investments as, unlike the other European majors, they are looking for a step change by 2030 and will need to get moving quickly given the capital-intensive nature of the power sector.  It is the view of the Energy Council that BP will only hit this target with a sizeable acquisition or mega merger of a traditional European utility in the next five-years.

An interesting question to ponder is whether the oil and gas price downturn will accelerate a shift into renewables from the US super-majors? COVID-19 is posing huge questions about the future of oil and gas demand not only in Europe, but also across the Atlantic as US majors cut dividends and take on multibillion-dollar impairments.  High cost and high carbon oil don’t seem to have much of a future in the United States, and the outcome of the November Presidential election may see Exxon and Chevron have to fundamentally and permanently reshape their business models. Having slashed dividends, how they look and act in the future may be changing and they too come with their own set of renewable targets.

Since 2015, the Energy Council has looked through the tracker to provide some headlines into how and where companies are directing their investments into low-carbon technologies.  The next six-months are pivotal.  What impact will Shell’s Project Reshape review have on its new energy team? Will Stranded asset risk mitigation force US IOCs to set more ambitious targets? Are we close to a mega-merger between a European IOC and utility?  Can companies continue to protect their balance sheet as they look for returns? When will all companies commit to scope 3 emission reductions? And of course, the next six years will also come with their own set of unique challenges.

Josu Jon Imaz, CEO at Repsol was recently candid that current technology can get us only 70% of the way there, and we will need swathes of innovation and baskets of technologies to hit ambitious capacity goals. The reality is that to drive a balance between low carbon, balance sheet, low cost, supply, the optimum grid will likely need a combination of RE, CCGT, battery storage, peaking gas and nuclear (where it makes sense) depending on cost and price. The challenge therefore continues to be how they respond and execute an orderly staged transition to fully fledged net zero businesses.