Tomorrow today? The reality of developing a global H2 economy 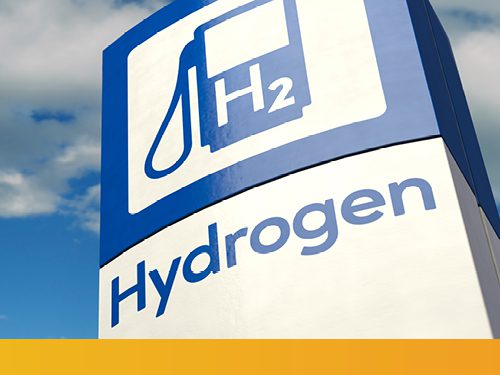 A huge amount of interest and soaring hype has developed around Hydrogen, with many well-placed allies advocating for its use and former sceptics now actively supporting its potential to meet as much as a quarter of the world’s energy demand by 2050.  Only last week Japan’s Chiyoda Corp demonstrated the world’s first successful international hydrogen supply chain. This was followed by Equinor's announcement of its intention to build a 600 megawatt auto thermal reformer (ATR) with CCS in the UK, making it the world’s first such at-scale facility.  With the upcoming European Hydrogen Strategy, forming part of the EU Green Deal, the H2 hyperbole shows no signs of letting-up.

Hydrogen of course has been around for a long time and has been talked about extensively since hydrogen fuel cell cars in the 1980s but what is changing now is its application. The use of hydrogen is moving away from being simply a solution to transportation peak oil and is more broadly being seen as a way of utilising our extra renewable resources and reduce GHG emissions for heating and transport.

We at the Energy Council decided the time was right to delve into the economics of the hydrogen economy, exploring where we are at this moment and what is needed in order for hydrogen to be the saviour that so many claim it will be – this is what we discovered when we spoke to our members.

Moving the conversation to the green metals

Hydrogen of course within itself is not a single technology and our members noted that we should frame our conversations around the H2 ecosystem.  Hydrogen can undoubtedly do one or two things few things others can’t, and its ability to act as a vector for the hard to decarbonise parts of the economy makes it a solution we can’t ignore. These are the areas where renewable electricity alone won’t be able to do the heavy lifting.  The majority of focus exploring it’s use in decarbonising utility-scale heat is undoubtedly an important aspect, but in developing a demand ecosystem there may be easier wins.

For hydrogen to scale up it needs bankable projects and that must present real mid-term investment opportunities.  Iron and steel manufacturing contribute 5% of global GHG emissions and yet can be transformed on a project basis relatively quickly to green sustainable processes using H2.  This offers huge immediate demand and can be achieved quicker because it relies less heavily on the pan-regional frameworks needed for Hydrogen transportation and heat distribution.

In 2023 construction will start on the HYBRIT initiative steel making plant.  Owned by SSAB, LKAB and Vattenfall, the facility will produce 1m t/y of iron midway through this decade.  In a similar vein, German manufacturing giant Thyssenkrup has also demonstrated the ability for hydrogen to be used to fuel a steel blast furnace in its portfolio.   Although mainly on a micro level there are other projects expected to be commercial by 2030 and this route presents an exciting and sustainable investment opportunity.   Looking further afield, a futures and spot market can be built up with long-term offtake contracts in place for chemical, steel, cement and other industrial sectors.   It is certainly the Energy Council’s view that organisations such as the European steel association, Eurofer, and the European ceramics industry association, Cerame-Unie, should be engaged as whole heartedly as the pure renewables sector.  Therefore the “EU strategy on clean steel” paper being subordinated in EU policy timetable is a disappointing development.

The cost of producing Hydrogen today from renewables is high, but that is set to change.  The cost of electrolysers will fall quickly as manufactures shift from the U.S and Western Europe to lower production cost regions like China, where it was noted costs of production are already around 80% lower.   That is a huge movement down the costs curve, and makes steelmaking to be viable, as prices for renewables-based hydrogen would need to fall roughly from around €4 per kilogramme today to around €1-2 per kg according to industry insiders.

Many European manufacturers are sceptical of such bold predictions of lower costs of electrolysers, but the Chinese manufacturing base has shown itself very capable of similar deflationary costs with solar modules, wind and other comparable industries such as telecom base station production.  This shows that cost reduction is possible and will only accelerate as order books fill up.

The cost of producing renewable hydrogen on a production costs basis will therefore fall closer to that of natural gas in many parts of the world and this can support the ecosystem.

The difference to other renewables is that hydrogen is an interconnected infrastructure play unlike say solar or offshore wind.  The ecosystem can’t evolve and pivot from existing gas infrastructure on a case-by-case project basis, but has to be more joined up in its planning phase.  This of course has to be done efficiently and cost effectively in order to get this right.   Updating existing gas networks in Europe alone is estimated at some €120-130bn by the EU. Put simply, it is more complex than wind or solar as more than one element of the value chain will have to be replaced simultaneously, and for that you need standardisation and cross border alignment.  Government frameworks that reduce cost curves and support market dynamics are therefore essential.

The numbers from the likes of the IEA and BNEF are quite clear: blue hydrogen is going to be a more expensive option than green hydrogen despite being cheaper today.  From a cost perspective alone, you would suspect that pure renewables would triumph, but in fact, producing enough green hydrogen to meet a growing energy demand actually provides a role for blue hydrogen.

The sheer scale needed for green hydrogen to meet energy demands globally will make it difficult to generate enough purely from domestic renewable infrastructure.  To make all hydrogen from renewables possible, we would need to create massive amount of new infrastructure, and do it quickly.  This simply may not be possible in a post-COVID world, with departments of national and regional movement fighting over ever smaller fiscal budgets.  The use of domestic, internationally piped or even shipped blue hydrogen offers arguably a complimentary solution.  In particular, in places where existing natural gas infrastructure that connects to storage and industrial clusters can be repurposed, blue hydrogen and CCS can allow markets to transform to hydrogen economies quite quickly in comparison to adopting only green hydrogen and can offer energy security by ensuring domestic energy production

Scaling blue, while investing in green, seems to be the preferred strategy for some such as the Dutch government who broadly support both technically and who are looking to scale from a 20MW electrolyser being constructed at Delfzijl to 1GW capacity of clean hydrogen by 2030.  Meanwhile they are looking at repurposing gas pipelines, which offers a cost-effective solution the supports a phased build-out of a hydrogen supply-chain.   This seems in contrast however to The German National Hydrogen Strategy released in June 2020 that places quite clear emphasis on green hydrogen in its quest for 10 GW of H2 energy by 2040 shutting out some players to billions of Euros of funding facilities. Where are countries falling short on their hydrogen policy?

There is a need for a globally coordinated effort for H2 that can support the scaling up and cost reductions that are so vital.  To draw comparison, we need to feel about Hydrogen in 2030 like we do today about solar or offshore wind.

For this to happen we need a two-phase approach to building a whole new value chain, starting with a commitment from governments to an upfront subsidies scheme. This would demonstrate an investment case for a dynamic hydrogen economy.  These projects need to be at a larger scale than current pilots and across multiple sectors and geographies.

Concurrently, to unlock the potential of hydrogen, long-term policy focus needs to be on industry and not just through subsidies.  It is welcome that the draft version of the European Commission’s hydrogen strategy due to be unveiled on 8 July confirms this as an EU “priority focus”.  Any such approach needs to create a regulatory framework that can pull through demand for such products as green steel and fertilisers and should be coupled with stringent emission cut off dates.  When successful, this approach can extend through to new build gas power stations and pipelines, making them future proofed by ensuring they can be easily switched to hydrogen.  Chiyoda in Japan recently transported hydrogen by sea in the form of Methylcyclohexane, but this was only possible via the 2014 Japanese Strategic Road Map for Hydrogen and Fuel Cells.

Finally, there is a need still for cross border harmonisation around defining clean hydrogen. If this can be achieved and built alongside the development of a certificates market to build out a hydrogen trading marketplace and create liquidity in the market, hydrogen will no longer be seen as just hype.

The world does not have another solution to heating or heavy-duty transport at zero carbon, so we simply have to make hydrogen work.  We are talking about a different type of Hydrogen today to 30-50 years ago; it is green and it is captured and it is a global infrastructure play that we need to meet if we are to stay true to our commitment to reduce emissions (not just from electricity).

We need to be careful that any definition of “clean hydrogen” is wide enough in scope to foster the nascent industry.

As an example, the UK uses four times more gas than electricity in winter, so to simply replace all of this gas is difficult. And this scenario is similar in many countries across the globe.  Our focus right now therefore needs to be on supporting the scale-up at an industrial level and providing end users with clear roadmaps for how they can adapt their processes and products to use H2.

The ability to develop a commercial market for clean hydrogen by 2030, arguably needs the short-term support of larger gas players using a combination of methane pyrolysis and natural gas reformation combined with carbon capture.  The level of support for this type of ‘clean’ energy doesn’t yet seem to be there and this presents a conundrum and a deal bottleneck for some investors in deploying capital into this market segment.  Are we to become fixated with colour in the short-term or a future with zero GHG? Avoiding theological debates over blue hydrogen is something our investor members argued would be desirable as it offers a quicker path to making final investment decisions.

Finally, the role of organisations such as the Energy Council that look to bring people together to deliver peak performance that will help facilitate this is vital; there is no one country or company that can create an ecosystem all by themselves.  Finding common answers and synergies around how to solve such issues like getting the electric and gas networks to work in unison, is vitally important if this is to work.