Wind of change in Latin America 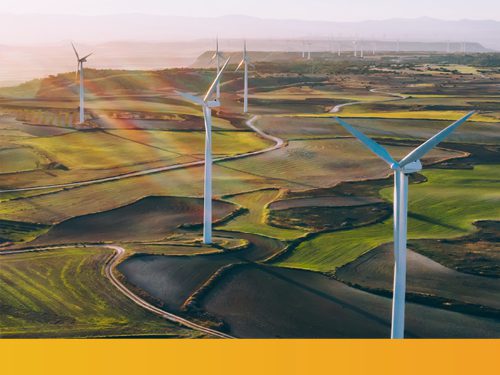 Latin America is home to some of the most plentiful wind resources in the world. The region’s renewable energy sector is heading towards 239 GW of installed wind and solar power capacity by 2040 and with Latin American renewables investment reaching $18.1 billion in 2019, the region is set to play a vital role in the global energy transition going forwards.

There is clearly tremendous investment potential in renewables in the region, especially in wind, with that sector alone attracting $8.9 billion of investment in 2019 (up 87% on 2018 levels). A 2020 poll by British law firm Ashurst showed that Latin America is a preferred destination for low-carbon investment worldwide, with nearly a fifth of 2,000 senior business leaders from across G20 countries expecting to invest in the region in the next five years. Supported by green recovery plans and multinational companies with strong local presence changing their approach to energy consumption, installed renewable energy capacity is set to increase sharply in Latin America, attracting an increasing amount of international investment.

In 2019, Mexico added 1,281MW of wind capacity, casting a rather large shadow over Latin America’s other large wind energy markets, Brazil (745MW) and Argentina (931MW), and almost exceeding the total of the remaining countries in the Americas excluding the US (1,326MW). In 2019 Mexico was the frontrunner, accounting for 1.28GW of new wind capacity (approx. 2% of the global total).

Mexico’s reign as the leader in wind however is expected to come to a swift end as regulatory uncertainty including a halt to tenders for transmission lines in Oaxaca and Baja California states, as well an overturn of the results of three electricity auctions, are seeding doubts over the sector there.

Offshore wind is a small but fast-growing sector in the region and in this race Brazil is set to lead, with the Global Wind Energy Council reporting in 2019 that there are six offshore projects currently under review for licenses, amounting to 9.7GW of capacity. Mexico on the other hand has no offshore wind energy capacity and given the cancellations of electricity auctions, the future for offshore wind there is looking unlikely.

One major issue which is hindering investment into wind in the region is the lack of stable frameworks in many Latin America jurisdictions. This context creates uncertainty and makes it difficult for developers to measure and mitigate the risks – a vital step in obtaining financing. Having a stable legal framework is vital for international investors who are uneasy going into countries where the rules are largely unknown. Whilst saying this, any legal frameworks must of course be created in a collaborative manner, considering both the needs and requirements of international actors and local communities.

There is also a lack of widespread energy policy that incentivises renewable energy projects and since renewables are still in a relatively nascent phase in the region, they are heavily reliant on a commitment from the public sector to incentivise and promote them. Until this changes, it will remain difficult for new technologies to compete with traditional energy sources and this price parity will be vital in countries where access to the cheapest sources of power is a key driver for businesses.