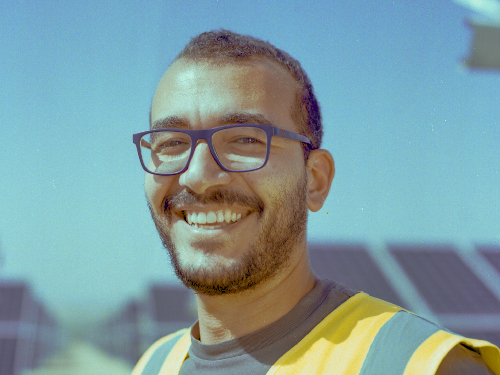 Ibrahim received his bachelor's degree in Construction Management from the American University in Cairo and joined KarmSolar instantly. In fact, he is one of the early joiners to the company. He has 9 years of experience in KarmSolar, where he worked in almost all departments/subsidiaries of the company.

Ibrahim started with the construction team, then he established the Project Management Office of the company. Later he led the KarmSolar IPP arm where he launched the power distribution business unit. In his time as KarmPower's (IPP Arm) general manager, KarmSolar was able to close and execute the largest net metering PPAs in Egypt.

Afterwards, Ibrahim became the Chief Development Officer, responsible for all development activities starting from market research, commercial offering, closing deals, and management of projects to reaching commercial operation of signed projects. In addition, he also managed the team who initiated new business lines such as water desalination, mobility, and regional expansion. Most recently he has been appointed as KarmSolar's Chief Operating Officer to oversee the different subsidiaries of KarmSolar, including the digital transformation arm.

Aside of being the COO of KarmSolar, Ibrahim is an angel investor, investing mostly in Egyptian Startups. He is also a former professional rowing player and Egyptian Nationals gold medalist with Cairo Police Rowing Club.