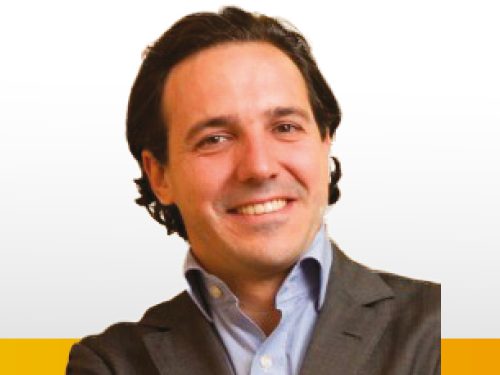 My main goal is to ramp-up of El Llano PV plant in Aguascalientes (375MWp) and, most importantly, keep growing. Note: Neoen is a publicly-traded company. It cannot discuss business prospects publicly.

Can you give a brief overview of Neone's activities in Mexico?

Neoen is the leading French independent producer of renewable energy, and a major player on the world stage. It aims at contributing to the energy transition by delivering competitively-priced renewable energy on a large scale. Its total capacity in operation and under construction is currently over 3 GW and we are aiming for more than 5 GW by 2021.

Neoen arrived in Mexico in 2013. It is currently commissioning El Llano, its first solar plant in Aguascalientes, which has a nameplate capacity of 375 MWp. Neoen is proud of El Llano, one of its biggest and most competitive projects in the world, which has rallied support from the local community and contributes to:

What does Mexico mean to Neoen globally?

Neoen holds operating assets in 14 countries. At present, Mexico accounts for c. 15% of its installed capacity under operation. It is, therefore, one of its top 3 exposures.

Do you feel that the cancellation of the energy bid rounds have affected you? If so, how?

We choose to regard the cancellation as an opportunity. It forced us to review /reset our business strategy to become less dependent on governmental decisions. Neoen remains optimistic about Mexico’s prospects. The fundamentals are strong. Massive wind / solar resources along with strong demand propelled by its large and growing industrial footprint and young population.

What do you feel is the main challenge for solar and wind in Mexico?

Strengthen the national transmission grid. Unlock the potential of the wholesale power B2B market. At a higher level, craft a new energy strategy leveraging fossils and renewable energy to decrease dependence on foreign sources of energy and render Mexico’s industrial base more competitive.

Storage is one of the focus topics of 2020. In your opinion, what about it causes so much discussion?

Storage sits at the core of Neoen's global strategy. We systematically look for storage opportunities in the countries in which we operate. A challenging endeavor. Power regulation was put together during decades considering that electricity could not be stored.

Neoen owns Hornsdale Power Reserve, the largest storage facility in the world to-date. It provides a total of 129 MWh of storage and it can discharge at 100 MW. Last December, Neoen announced it will be expanded by +50%; i.e. +50MW / +64.5MWh. In Latin America, Neoen has recently commissioned Albireo Power Reserve in El Salvador (3.3 MW/2.2 MWh), the largest storage facility in Central America.

What do you think is the biggest misunderstanding about solar?

I don’k know. I remain very optimistic about solar. Probably more optimistic than most. Solar PV has over performed the most optimistic prospects over the last 5 years.

What one book or movie has changed your life?

Pragmatically speaking, Einstein’s paper of 1905 laying out the physics of photoelectric phenomena (for which he was awarded the Nobel Prize).

What advice would you give to someone thinking of entering Mexico's solar market?

Paul will be speaking on the OPPORTUNITIES IN MEXICO´S POWER, RENEWABLES AND INFRASTRUCTURE MARKETS panel at the 2020 Mexico Assembly. The panel will be a discussion with the industry around the government's plans for the renewables and electricity market.